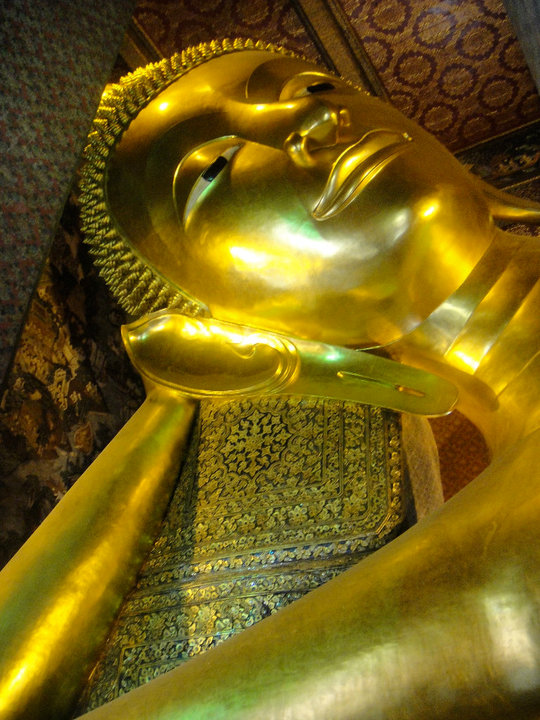 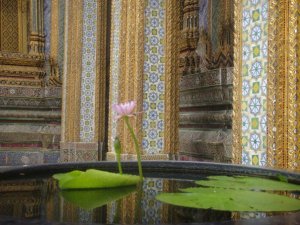 Bangkok. The First time I went here was January of 2010 on an impromptu 5 day trip from Paris. Flying in from Chicago, I realized I had gotten in a week before classes began, and it was about 5 degrees below zero. I booked a ticket and flew over pretty much the day I came in. 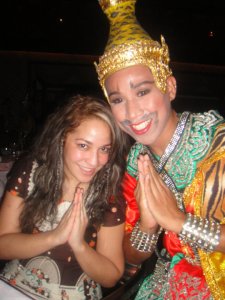 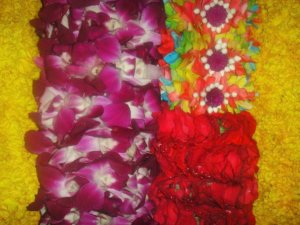 Although this time I only had time to sunbathe by the pool, instead of check out its world famous beaches, I caught a really beautiful traditional Thai dance, checked out an elephant farm,

shopped at the famed floating market, and fed some crocodiles. Since I was in on such a short trip, I insisted on checking off all the touristy attractions first, like the grand palace and golden Buddha. What I enjoyed the most about running around the city in a tuk tuk was drinking fresh pressed mandarin juice between attractions and gaping at all the brilliant colors. Between the abundant markets with fake anything (from Ed Hardy to D&G) to the taxis and the flowers everywhere, the colors beamed in all extremities of the city. At night the neon lights took over and the city roared in full fury. Looking back at my first visit to Bangkok, I still remember all the neon hues shining at me from every direction, and all the excitement of visiting Thailand for the first time . It sparked the beginning of a beautiful friendship!

One thought on “Bangkok, Thailand”

There was an error retrieving images from Instagram. An attempt will be remade in a few minutes.

I want to hear from you!

Share your thoughts with me, or ask questions. Any requests on places you'd like reviewed? Let me hear what you have to say by commenting below, or sending me an email. Stay in touch!