Flash off to avoid disturbances 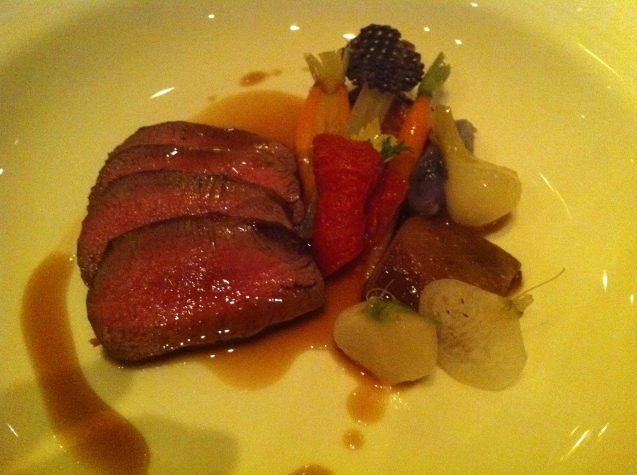 Duck main, not the best I’ve had 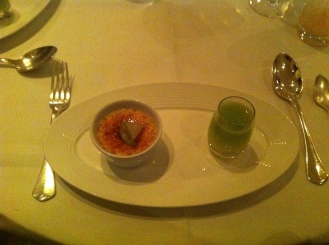 creme brulee (not a fan) 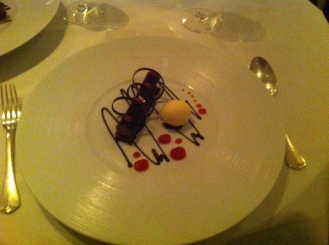 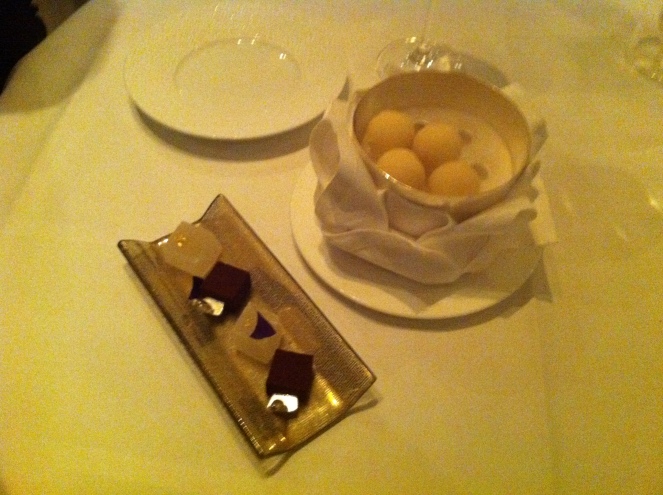 Especially these frozen truffles to conclude!

Gordon Ramsay embodies fine cuisine, right? He is the pinnacle of culinary taste buds, right? To criticize his restaurants would be criminal, right? Well call me a criminal who dares to poke holes in the pinnacle assumption! Allow me to preface by saying that I probably know every Hell’s kitchen season by heart. Well at least his explicative insults like, “You STUPID idiot!” “Come ‘ere YOU!” “It’s RAWWW” and “GET OUT!” And while Gordon Ramsay is king (anyone who loves food must admit) his Gordon Ramsay London venture, a 3 star Michelin restaurant, fell short of all my expectations. Perhaps I was set up for disappointment from the beginning when a week before Valentine’s Day, after calling about 7 different places I wanted first, Gordon Ramsay was the only restaurant with availability. This seemed extremely strange, as this is supposed to be a 3 star Michelin guided establishment. Nothing was exactly wrong per se, but for this kind of money, nothing was exactly special either. I hardly even remember what I ate. I remember service being their pitfall, when after deciding not to drink anything (I was on an insane juice cleanse detox before this and didn’t want to ruin it with some awfully tempting champagne and wine pairings), they pretty much ignored us the whole night. Nicky, el novio, didn’t have many complaints, but when service is the first thing to go, the whole night follows with it. You feel annoyed, you can’t focus on the task at hand, you’re preoccupied with if the food will be good, or come in a timely manner. When you don’t trust a restaurant with what they’re doing, you can’t totally relax, and the money you pay hurts. Hence, I’d say forego this place. Ledbury, previously reviewed, was less expensive and everything I would expect from a 3 star Michelin. At Ledbury, they even let me keep my purse hook at the end of the night that I now take everywhere when I go out to secure my bag.

Of course the food was good. There’s not a chimp in the kitchen! But there are far better places to eat in London. And if you want to taste a godly Gordon Ramsay masterpiece for about half the price, I fully recommend Maze at the London in New York (I ate there in August 2008). I still rave about the petits fours at the end of the night. So unforgettable, I almost made room service go scrounge some up for me at a weak point later in the night. Boytoy would die of embarrassment, so I declined of course, but I kid you not, I was just one diva-inspired phone call away from making room service accomplish a nearly impossible feat. I may have J-Lo’s looks, but I suppose I don’t yet have her clout. Tell me what you think below!