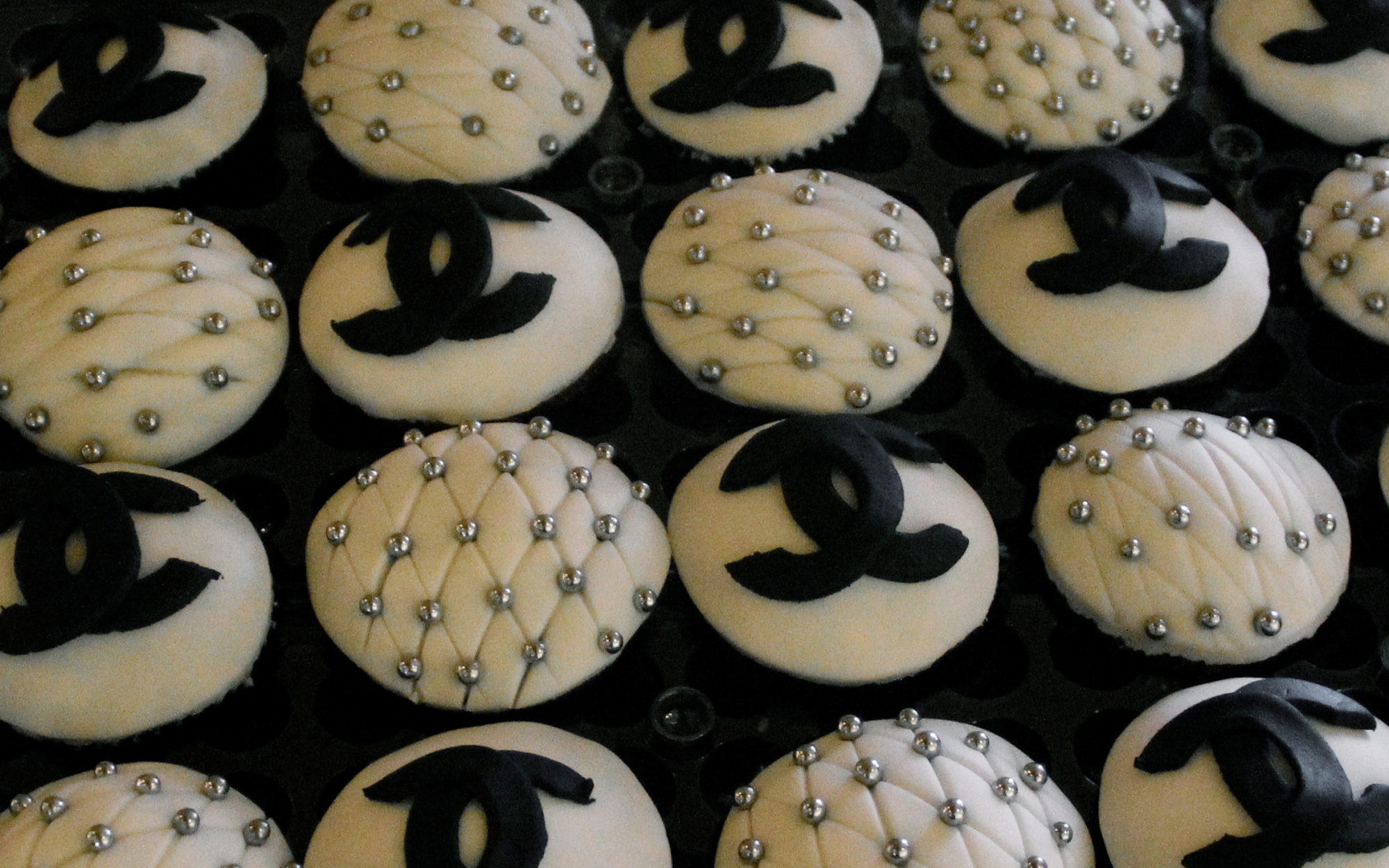 Anyone who knows me knows I love my birthday. Partly a Latin-American influence, and mostly my family’s sacred approach to this day, since I can remember my birthday always meant party, food, and fun. This year was no exception, and following suit with most Latin-Americans out there, I didn’t pass on the chance to celebrate life. Costa Ricans say “Pura Vida!,” which means ‘pure life’. Mexican people say, “Hechale mas!” meaning ‘give it more’, and Puerto Ricans often say, “Que se joda!” in a less than polite way, ‘F*** it’! This just live your life attitude always kicks in high gear around my birthday, and as I get older, so too do my demands for birthday cheer. I flew back to Chicago for a month this year, after a month of sunny Asian beach bliss. I was nervous. I had not stayed at my parents house for seven years, and now turning 25, knew that my mom still envisioned me a tiny tot concocting zany imaginings and over-the-top ideas. I knew there’d be times we’d come head to head. About two months before coming home, I contacted my oldest sister (the bossy, spoiled as an only child for five years before my sister and I showed up, I can tell you what-to-do sibling) to explain to her that my birthday cake had to be exceptional. 25 is pretty significant, I thought, and thus this cake should embody that significance. About one week before my actual birthday, I had another over-the-top musing. I wanted a black and white themed get together, where everyone would wear only black and white. This theme was invented by none other than Truman Capote to launch his masterpiece In Cold Blood, and has since made party history. Why not? Maybe I hadn’t just released a literary capo lavoro, but I had made it to 25 without getting hit by a bus, been eaten by sharks, or lighting my hair on fire. That’s kind of a feat, no? 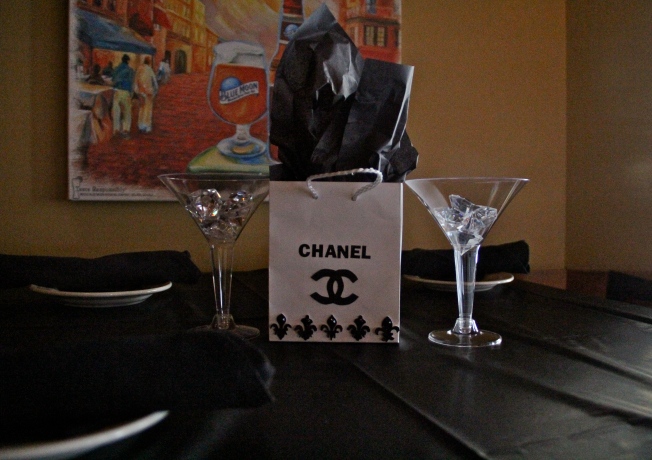 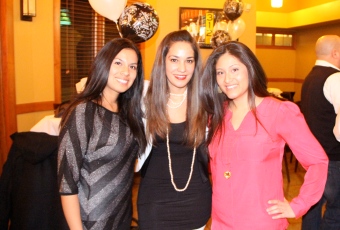 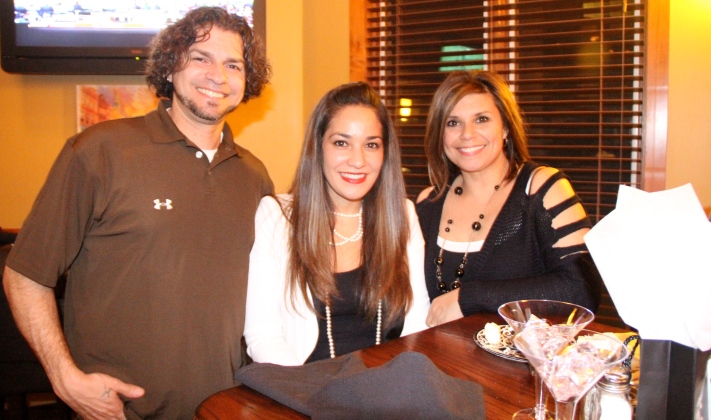 My brother and sister in law 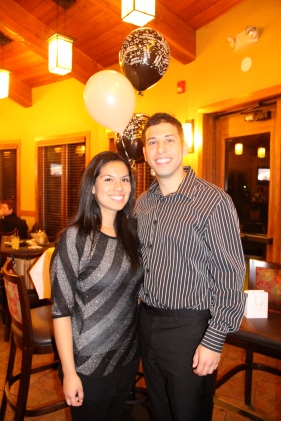 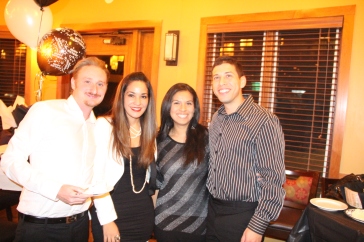 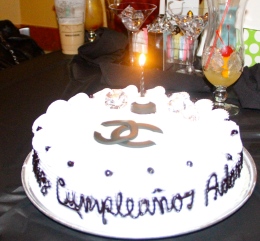 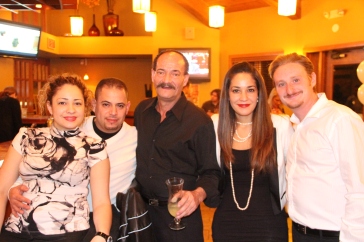 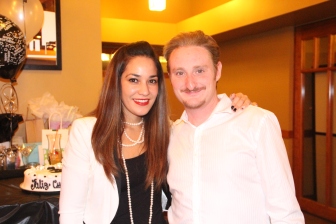 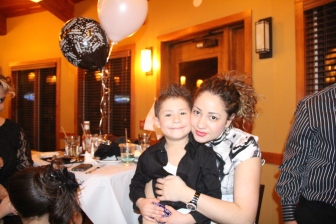 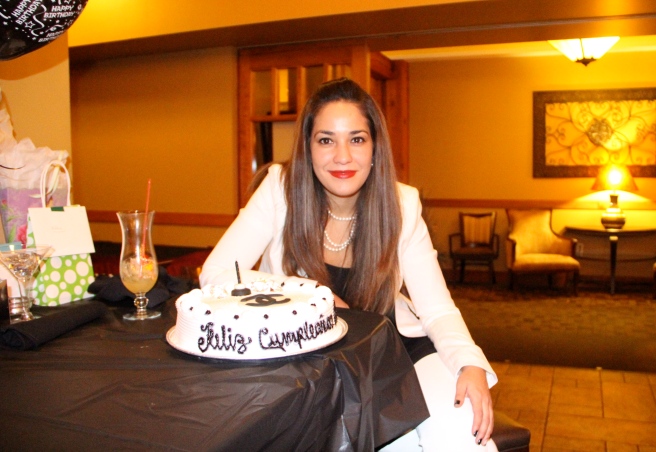 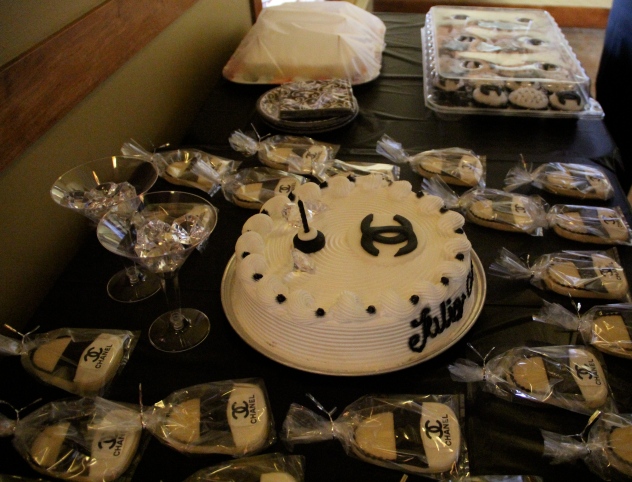 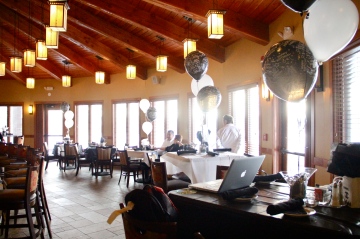 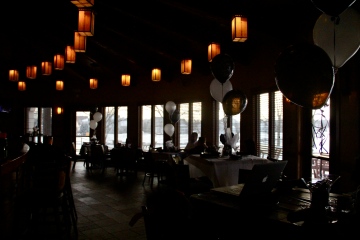 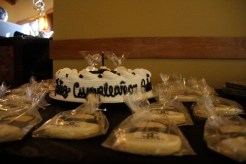 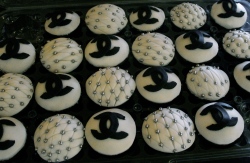 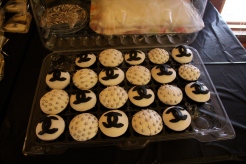 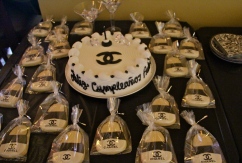 And so my sister, who always takes control of the situation, took charge, invited the family, and made it her duty to make this party spectacular. The dreaded cake never panned out. Trying to make a Chanel purse birthday cake with the chaos of countless trials and errors, my sisters and I finally threw our hands up. Yes, this past year I had become obsessed with Coco Chanel. The fiercely defiant matriarch blazing her own trail, living her life exactly as she pleased, had spoken to me like only Frida Kahlo had just some years ago. What I admire the most is that these two women had created a space in their own image. Chanel took the symbol for mourning and redefined it in her own terms, and many others would follow in her footsteps. Black was, is, and continues to be the epitome of chic. Like Frida Kahlo, who declared it acceptable to rip your gendered insides out, painted her suffering on canvas, and made it beautiful. Two women, who amidst all the other male voices, said, “I’m here, and this is my world too” deserved admiration in my book. So only seven years back it had been Kahlo’s influence, this year it was Chanel, and so it went. The day of my birthday party drew closer, and tensions ran high. The night before my party, no one wanted to tell me that the cake had not come together. They instead made lovely cupcakes and the morning of, my sisters argued about who would break the news of my non-purse cake. At the time, I was disappointed, letdown, a party monster unhappy with her cake, but in retrospect not all was lost. At the end of the day my family bent over backwards to give me a truly warm family gathering. They all came together, commemorated my growth in black and white jubilee, and did all they could do in exactly the way I wished. Everyone gifted me sweet reminders of all the love and history we shared and celebrated my evolution through the years. I learned a thing or two this year.

Celebrate life at every chance you get. Don’t get boggled down by silly details, when the essentials are present. Toast to life while you have the chance, and always with gratitude for those that have helped you make it as special as it is. An official thank you to all my family and friends who helped make my birthday this year as special as I always dreamt it would be. 25 and blazing my own trail! As a good friend of mine always said, “Living the dream-!”