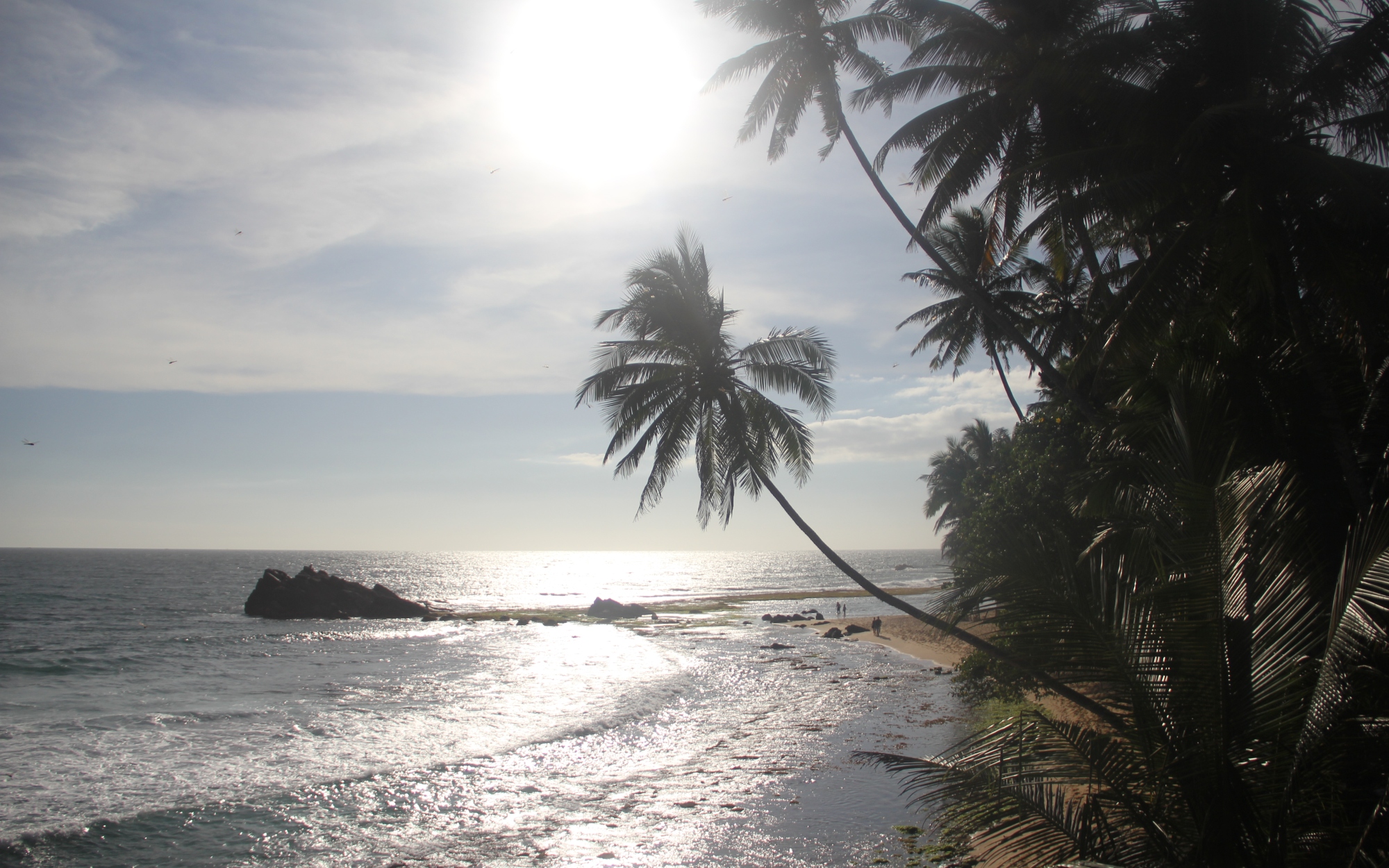 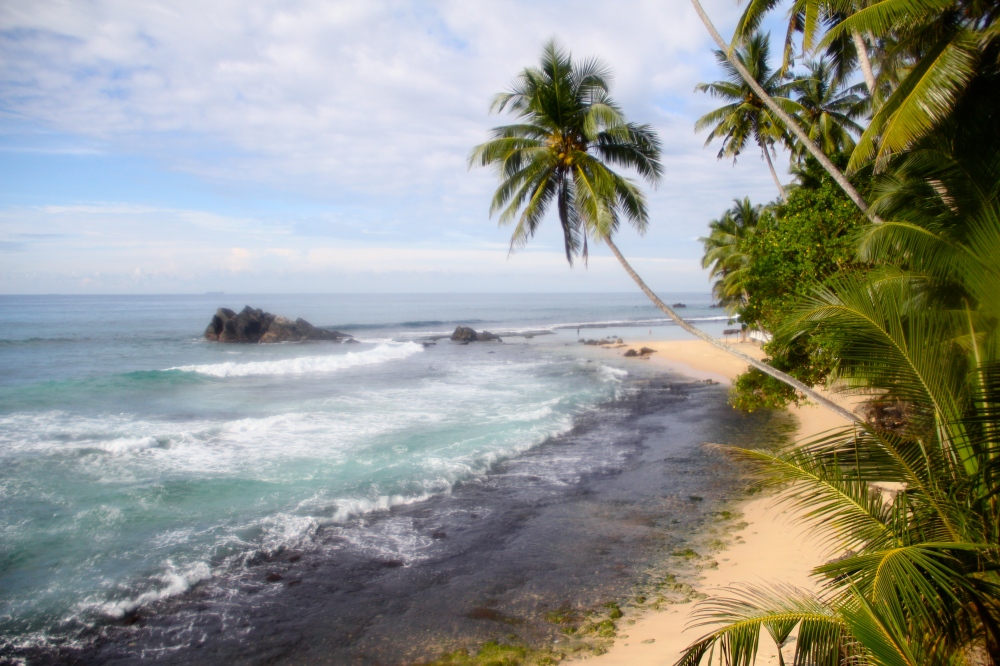 Sri Lanka, like all touristically untapped destinations begs a lot of patience and planning in order to squeeze the most out of what it has to offer. It’s snuggled just below the Southeast coast of India and slightly Northeast of the famed paradise cove known as the Maldives. I visited Sri Lanka just after NYE this past year leaving from Bangalore, India. Landing at the Colombo airport the first week in January, I had 8 days to distribute this island’s wonders. I decided to do 4 days on the beach on the Southern Coast near Galle, and 4 days in the central part by car. I wanted to see Pinnawala elephant orphanage, the city of Kandy, Sigiriya, and the protected ancient city of Polonarruwa. The plan would be to unwind on the beach a few days while shopping around for a car that specialized in private tours. Landing at the Colombo airport at about 9pm, a man quickly greeted me and arranged a taxi at a reasonable price of $75 for 150 kilometers on the expressway from the airport to Unawatuna (the beach town where many quaint B&B’s dot the shore). 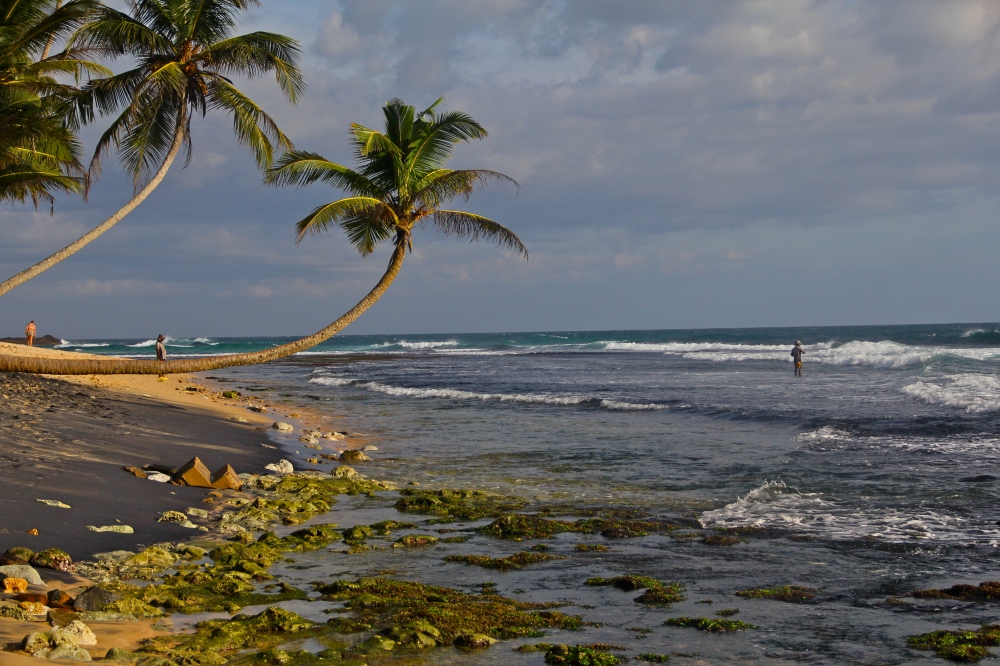 The former 4 -hour drive by narrow windy road inland now takes about an hour and a half to reach via a newly built highway that recently opened at the end of last year (2012). A pretty frightening occurrence (though I had to chuckle after the fact) is that the driver who drove to Unawatuna on the first night of landing in Sri Lanka started falling asleep on the road. At first I didn’t notice, but the boy brought it to my attention, when after a pit stop he really thought up some strange theories on said behavior. In one scenario the man planned to run off with our suitcases and leave us passport/clothes-less, a thief in taxi driver’s clothing. In another, he was a black market organ’s dealer and wanted to sell us for parts. What I gathered (after letting him fill my head with paranoia and wild ideas) is that the driver was simply exhausted and falling asleep. I panicked and squeezed his arm when I noticed several times the vehicle swerving off path and shrieked, “Are you FALLING asleep?!” Embarrassed and probably scared, he laughed, “No, no, no.” But he was, and he continued to swerve off his lane. My heart leaped! I frantically looked for a seat belt. There wasn’t one. I anxiously thought, “No way- No seat belt- we’ll fly out the window- ” when brilliantly, the boy started asking questions and kept a steady conversation going to keep the driver awake. Although a close call, the more frightening part is that this happened twice again, later on this same trip, and with a tuk tuk driver on the way to the airport concluding the trip. At least with a tuk tuk, it stops or stalls and so you just slow down if the driver stops revving the vehicle. With this car, the scenario had the potential to start off this holiday on a very wrong, maybe dislocated, even amputated foot.

A woman and her family ran the bed and breakfast I stayed at, which was not on the main beach. It had a quaint allure with a private beach in the back. From here, at night you can hear the powerful waves crashing against the hotel wall. Having breakfast every morning with the ocean sounds really made me fall in love with Unawatuna. This small beach town services backpackers, families, lone travelers, couples, and anyone who enjoys snoozing on the beach to the soothing sounds of the rhythmic waves washing ashore. According to some sources, it also has some of the best diving in Sri Lanka, and so checked these claims out myself. Besides a day of diving, which included a wreck site, I also spent a day out on a lake surrounded by mangroves.  Hiding in this palm paradise was a cinnamon island and monk island off the main shore. For $ 10 a small boat operator will take you on a short ride to the islands and show you how cinnamon is carved and produced from cinna-trees as well as let you explore a small temple on an island where monks live in seclusion. There’s also a cricket stadium, which hosts international matches between Sri Lanka and the likes of India, Pakistan, and Australia. Unfortunately no team was playing during my short visit.

Every night at around 10pm, one bar, restaurant, or B&B hosts the nightly party on the beach with some nice tunes, the local brew (Arrak- an acquired taste for sure), with locals and visitors swinging and chatting side-by-side. The scene provides a very laidback ambience, giving Unawatuna a tiny beach town feel. You can mingle by night, sunbathe all day, and listen to the world go by in a lazy haze of beach bum bliss. For anyone who is a tropical paradise lover, and decides to take Sri Lanka on as an adventure, I definitely recommend staying in Unawatuna at one of the many reasonably priced places lining the beach. The gorgeous sun set beautifully behind sprawling palm trees every night, a fisherman fetched his daily catch every morning, while I ate my breakfast off the balcony at the quaint B&B. And as usual, I, not satisfied merely with absorbing the moment, but instead freezing it in time with my lens, captured many of these sunny moments to share. Unawatuna beach in Sri Lanka gives you a taste of a still and calm little piece of heaven on earth.